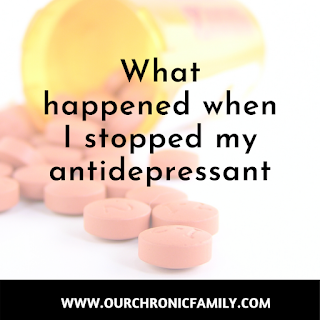 I've done some pretty dumb things in my life, but I think I've bested myself. As you know, in addition to my psoriatic arthritis, I also deal with mental health conditions - OCD, Depression and Anxiety. Fortunately, I can usually get relief for all with one medication. As my physical pain has increased, my depression has increased, as well. Late in 2019, my doctor took me off the Lexipro I had taken for several years and prescribed Pristiq. Last week, I started noticing that my resting heart rate was high and it seemed to correspond with my Pristiq. Since I've been on this medication, I've also felt that my depression and anxiety were not under control.

Guess what I did? I did that thing that they always say not to do. I just stopped taking my antidepressant. Wouldn't that be safer than continuing to take something that makes my heart race? It would still be a few days before I could get in to my psychiatrist, so I thought I was doing the responsible thing. (I was not.)

The first day was okay. I didn't really notice any issues. Then, on day two, came the withdrawal symptoms. All day I struggled to keep my eyes open. I was more tired than usual. It's possible I fell asleep mid-conversation. Oops!

By the evening, I felt miserable. It was almost the reverse of severe allergy symptoms. My head felt like a balloon that kept disconnecting from the string. At one point, I was convinced that I had some illness that I would not survive.

It was surprising to me that this withdrawal was also affecting my OCD. I had a haircut and freaked out because I couldn't be completely certain that the stylist was using items (comb, scissors, etc.) that had not touched another persons hair. It was a massive freakout that left me near tears in the middle of Great Clips.

After reading that withdrawal from Pristiq can go on for weeks, I decided to get back on the medicine and then let the doctor help me get off of this medicine and on to something that will work better for me.

When they say not to just quit certain drugs, it's not just a scare tactic. I'm sure that there are other terrible things that happen when you quit, but I don't know what those are. What I do know is that it made me feel awful and I will never do that again!
By ncjulie - January 13, 2020
Email ThisBlogThis!Share to TwitterShare to FacebookShare to Pinterest
Labels: advocacy, anxiety, chronic pain, depression, Mental Health, OCD, psoriatic arthritis, Tips 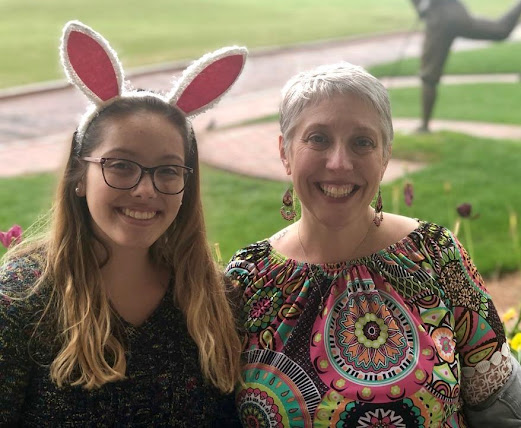